"Road to Harvard": Six Students Will Travel to Harvard University 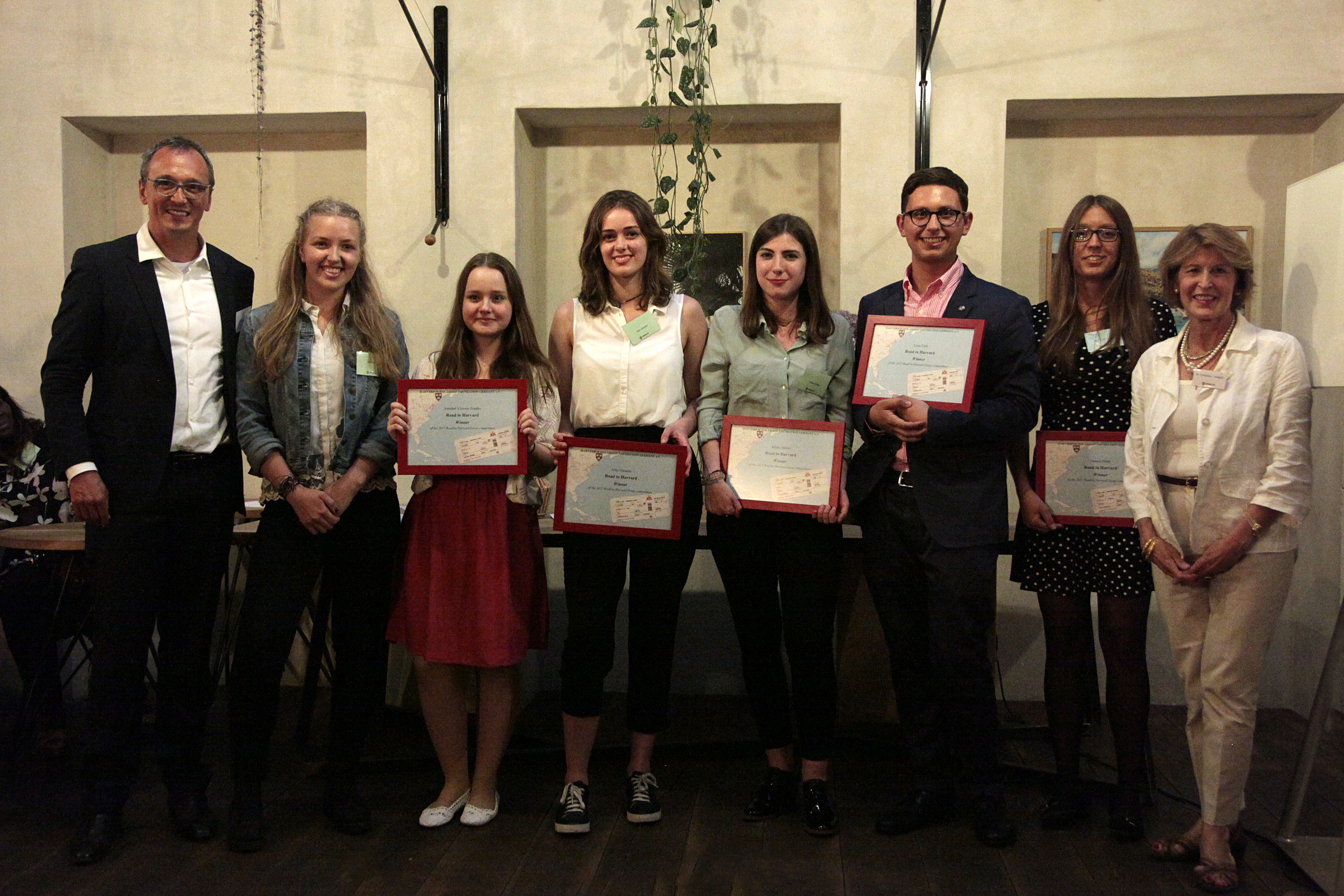 Depicted are the six winners of the “Road to Harvard” competition. During the last weekend of June, the Harvard Scholarship Foundation Germany e.V. chose six winners based on each student’s essay submissions, personal letters, and interview reports written by members of various Harvard Clubs of Germany. The winners come from all over Germany: Überlingen (Baden Württemberg), Salz (Bavaria), Mönchengladbach (NRW), Hamburg and Berlin.

At first, only five winners were selected but just before the conclusion of the awards ceremony, Dr. Tobias Pusch announced a surprise. One generous donor, who would like to remain anonymous, spontaneously bestowed a staggering donation of € 20,000 to the club because they were so inspired by the plethora of committed students. The Harvard Scholarship Foundation Germany e.V. immediately decided to grant another student, Lea Ebert, a trip to Harvard. She will join the other winners, Ailie Gieseler, Luca Ünlü, Annabel Zoepke, Jessica Detta, and Mieke Müller, on a trip to Cambridge, Massachusetts in October for a week of learning about Harvard admissions, academics, financial aid, extracurricular activities, and student life by speaking to admissions officers, professors and current Harvard students.

The students will be accompanied and supervised by members of the Harvard Scholarship Foundation Germany e.V. All travel expenses are financed through donations and membership fees. This is the first year of the “Road to Harvard” competition. It was launched as a joint initiative by all five Harvard Clubs of Germany. The competition is annual and will hopefully continue to attract gifted and hardworking young students in Germany.